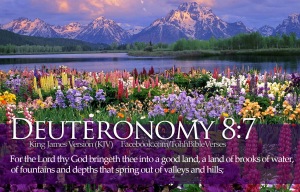 The Fourth Sunday of Easter is also known as Good Shepherd Sunday because of the Scripture readings and Mass prayers appointed for this day in the Liturgy. Today’s Communion Antiphon, for example, proclaims that “The Good Shepherd has risen, Who laid down His life for His sheep and willingly died for His flock, alleluia.”   The Latin word for shepherd is pastor, and this reveals why the Church asks us to pray for more priests on Good Shepherd Sunday.

The call to the priesthood comes from God, and the Lord has promised always to provide shepherds for His people.   In the Book of Jeremiah, the Lord promised Israel: “I will give you shepherds after My own Heart.” (Jeremiah 3:15) But He also asks us to seek the gift of pastors in prayer: “The harvest is plentiful, but the laborers are few; therefore pray earnestly to the Lord of the harvest to send out laborers into His harvest.” (Matthew 9:37-38)

In Africa, in South America, and in Oceania, the number of young men offering themselves for priestly formation is on the rise, in some cases a dramatic rise.  As you know already, however, this is not the case in Europe and in North America — the “developed” world — and the disparity points to one of the chief difficulties for the young men among us who are being called today: sometimes the call is not heard because of the noise in which we live.  This “noise” takes many shapes (e.g. desire for a lucrative career, fear of loneliness, the presence of so many options that making any choice is difficult, etc), but whatever the source of the noise, if the man being called never hears the call, we may assume he’ll never find his place and purpose in life. But even worse than such noise is the failure to live the Christian life with a full understanding of what a radical way of life it is.

The priesthood is not a life for extraordinary men; it is an ordinary Christian way of life for ordinary Christian men.   But the key to hearing and answering the call is that the man must understand what it means to be a Christian, to be a disciple of the Jesus.  The radical thing is not forsaking marriage and giving one’s life to the Church; the radical thing is being baptized and giving one’s life to Jesus Christ, knowing that this means following him in the Way of the Cross.  When young men grow up in a vibrant Christian community in which the truth of the Catholic faith is a thing for rejoicing and the beauty of the Mass is lived day in and day out as the source and summit of the Christian life, then those who are being called will have no difficulty hearing the summons of the Savior to serve his flock as priests, as shepherds, as pastors.