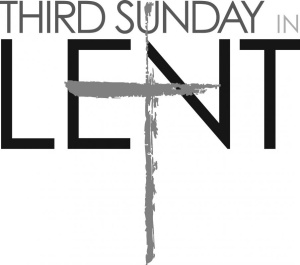 Before my priestly ordination, I traveled back by car from the East Coast.   Driving through Pennsylvania, I met “the Amish” for the first time.    The Amish, was a community formed in the 17th century by a schism within the Mennonite movement in Switzerland.   They are best known for their radical separation from the world: they will not use modern technology, they dress differently from their neighbors, they cease formal schooling after the 8th grade, they refuse to serve in the armed forces, they will not participate in Social Security or purchase medical insurance, and so forth.

These behaviors are regarded as odd by most people, and with good reason: Such a way of life is not required by the Gospel, and in many ways it is contrary to the Gospel. And that is why Catholics cannot live like the Amish.

We do not dress differently than our neighbors. We do not fear technology or the benefits of modern science. We do not separate ourselves in politics, commerce, education, military service, or civic responsibility from those who do not share our faith. And we do not do these things because to do so would make it impossible for us to fulfill the Great Commission: “Go therefore and make disciples of all nations, baptizing them in the name of the Father and of the Son and of the Holy Spirit, teaching them to observe all that I have commanded you; and behold, I am with you always, to the close of the age.” (Matthew 28. 18-20)   We are called to be salt and light in the world, not to hide behind a barricade for fear that we will be polluted.

The impulse to flee from “the world” is, of course, also a part of Christianity, if by “the world” we mean that part of the created order (starting inside of us) which is in rebellion against God. For this reason, religious life has been with us since Christian antiquity, and all Christians need a deep formation for genuine holiness of life. But that is not the same as the Amish refusal to live in the world, something that Catholics cannot accept as compatible with Christian discipleship. The Letter to Diognetus (written in the 2nd century) explains it:   “Christians are indistinguishable from other men either by nationality, language or customs. They do not inhabit separate cities of their own, or speak a strange dialect, or follow some outlandish way of life … With regard to dress, food and manner of life in general, they follow the customs of whatever city they happen to be living in, whether it is Greek or foreign. And yet there is something extraordinary about their lives. They live in their own countries as though they were only passing through. They play their full role as citizens, but labor under all the disabilities of aliens. Any country can be their homeland, but for them their homeland, wherever it may be, is a foreign country. Like others, they marry and have children, but they do not expose them. They share their meals, but not their wives. They live in the flesh, but they are not governed by the desires of the flesh. They pass their days upon earth, but they are citizens of heaven … To speak in general terms, we may say that the Christian is to the world what the soul is to the body.”

Are we living as the “soul of the world”?